Coach Richardson is currently in his tenth year as the Bulldogs Varsity Boys Basketball Head Coach and third year as Athletic Director. He is a 1998 Vilseck American High School (Germany) alum and previously coach for two season at Baptist Hill as the girls varsity head coach and one year as the assistant varsity boys coach at Fort Dorchester. As the head coach, Richardson won 2 region titles, 2 State Championships (2015, 2017). In those years, his team won the Region 6A and 6AA Championship he was also SCBCA Coach of the Year.

In high school he played for the Vilseck Falcons. While there, he was a two year captain on basketball team and three year letter man in football. During his senior, the Falcons won the Division 2 European Championship and also placed 3rd over in Europe amongst DODD Schools. Coach Richardson was also selected Division 2 All Conference and 2nd Team All Europe.

Coach Richardson has a Bachelor′s Degree in Kinesiology from Charleston Southern University (2002) and a Masters Degree in Education from The Citadel(2007). In 2013, he obtained a specialist certificate in Sports Management in business also from The Citadel. He also is proud member of the Mu Alpha chapter of Omega Psi Phi Fraternity Inc. Coach Richardson is married to the former Jenna Pinkston, and has 3 sons Deon, Bryson, and Cayden and one daughter Erin.

His coaching philosophy is: My philosophy of coaching incorporates many of the characteristics needed to be successful in life. The characteristics and personality traits that help make a successful basketball team/program are paramount in helping an individual be a productive successful member of society. I believe that the game of basketball, in many ways, is an extension of life. Some of these qualities are honesty, dependability ,trustworthiness, dedication, loyalty, respect, citizenship, enthusiasm, leadership, and confidence. These qualities are important and should be evident in your lifestyle as well as your play on the basketball court.

-Recipient of the ‘Omega Educator of the Year’ honor, 2017

He can be contacted at: deon_richardson@charleston.k12.sc.us 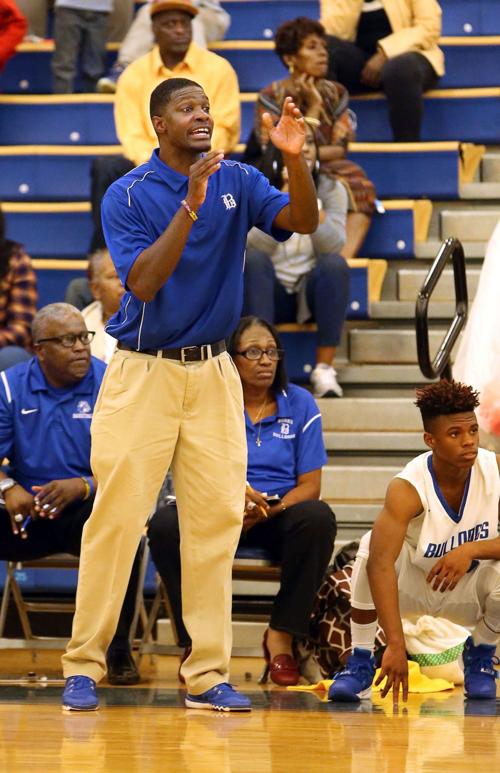