Coach Orr is currently in his sixth year as a Varsity Boys Football Coach. He is a 2011 Manheim Township High School (Lancaster, PA) alum and attended Shippensburg University of Pennsylvania before moving to Lake City, South Carolina to teach, coach, and receive his Masters of Education from Francis Marion University.

He also served as an English Teacher for five years teaching English 1, 2, and 3 at the College Prep and Honors level. Orr also taught AP Language for two years at West Ashley High.

His coaching philosophy is: My philosophy is to coach and teach students in the hopes that they see sports as an option to be successful outside of the classroom. I believe our student-athletes are students first and their success lies in two places: the classroom and the weight room. Athletes who put work in both of these places will be successful on the field, on the court, and most importantly, in life! I live by the notion that sports do not build character, but rather reveal character. The four D’s guide my teaching and coaching as I hope to instill these principles in all athletes: Discipline, Dedication, Determination, and Desire! Let’s get to work.

He can be contacted at: robert_orr@charleston.k12.sc.us 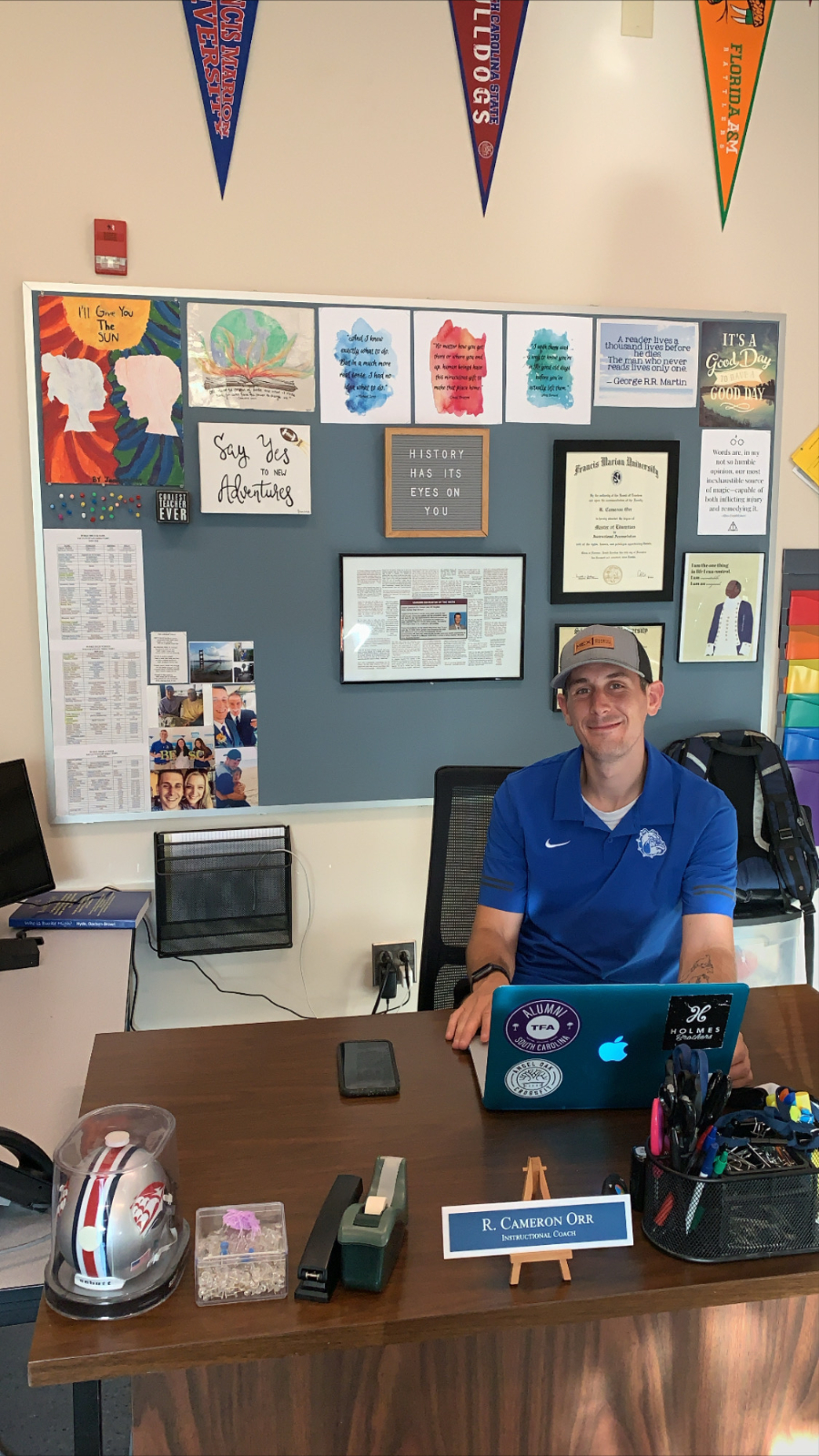