Gregory X. Gibbs is a 2001 Alumnus of Burke High School. At Burke High School, Gibbs participated in the Concert, Jazz and Marching Bands playing the Alto and Tenor Saxophones. Additionally, he spent time in the Science Club, Student Council, Omega Fly Brothers Social Group and Bulldog Track & Field. The 800m run, 1600m run, 4x800m Relay and 400m Hurdles were his events for the track team since he started in 7th grade. After graduating from Burke, Coach Gibbs attended Bethune-Cookman College, now Bethune-Cookman University where he received his B.S in Criminal Justice. He is the 1st from Burke High School to join the Marching Wildcats. Additionally, he holds the distinction of being the only native of the Palmetto State to serve as a Drum Major and then Head Drum Major. Since the summer of 2002, he has trained Drum Majors at 8 South Carolina high schools and 1 college. Being a man who holds many hats, he is the Drum Major Coach of the Burke High Steppin’ Bulldog Band, Founder of Gentlemen of Duty & Distinction Service Brotherhood and President of Burke Alumni Class of 2001.

Gibbs started out as a Volunteer Assistant Coach, specializing in mid/long distance and hurdles. Since becoming the Head Boys’ Coach, flexibility regiments, recovery exercises, hurdle mobility drills, endurance training and plyometrics are a few things Gibbs added to the team’s workouts. Bulldog Track & Field has seen several trips to Invitationals, Region, Lower State and State Finals. Gibbs is currently the Student Concern Specialist at Simmons-Pinckney Middle School; holding membership in Alpha Phi Omega National Service Fraternity, Inc. & Kappa Alpha Psi Fraternity, Inc. Gibbs is a firm believer that it takes a village to raise a child, but also adds that the child must be receptive to the things that the village has to offer!

“I LEAVE YOU, FINALLY, A RESPONSIBILITY TO OUR YOUNG PEOPLE”
Dr. Mary McLeod Bethune 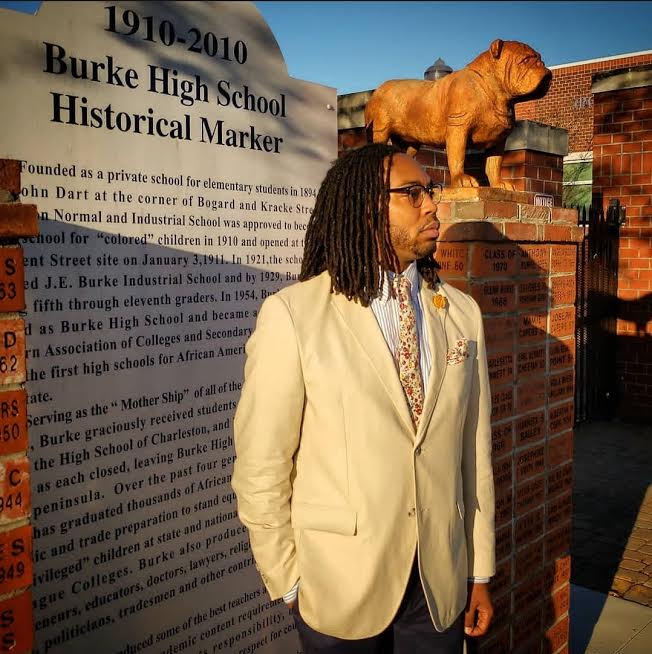